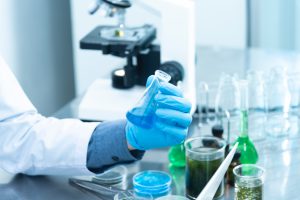 Many employers prohibit the use of drugs in their workplace, and some companies go so far as to test prospective and current employees for drug use. But drug testing is a complicated topic because it is largely regulated by state labor laws. That means that each state can approach drug testing differently, creating headaches for employers who operate in multiple states.

Generally speaking, employers can test job applicants for drug use, providing they give notice that passing a drug test is required to obtain employment, they have offered the applicant the job, and they test all applicants who have received job offers. For current employees, the laws and compliance regarding this topic vary widely between states: some permit random testing, while others allow testing only after an accident in the workplace or based on reasonable suspicion of drug use.

But what happens when the drug test comes back positive? The answer depends on the circumstances, whether you look at federal or state law and the type of drug. In general, if an employee taking a legal prescription drug fails a drug test, and the employee can still perform the essential functions of the job, the employee may require an accommodation under the Americans with Disabilities Act (ADA). However, the question gets murkier when we look at a controversial drug like medical marijuana.

The Conflict Between Federal and State Laws on Medical Marijuana

To date, all but four states have legalized the use of medical marijuana or CBD/low-THC. Eleven states, including Washington, DC, have made recreational cannabis sales legal as well. Some of these states require employers to accommodate an employee”™s use of medical marijuana, although they do not require companies to accommodate employees who want to use marijuana while at work. Some states””namely Alaska, Arkansas, Connecticut, Delaware, Illinois, Maine, Minnesota, Oklahoma, Pennsylvania, Rhode Island, and West Virginia””prohibit employers from rescinding job offers or firing employees for a positive test for marijuana. Other states permit rescinding an offer or termination only in certain circumstances.

The current federal illegal status of marijuana means that patients who use medical marijuana are not protected under the ADA, even when state law authorizes the use of the drug for medicinal purposes, because the ADA does not protect illegal drug use.

The conflict between federal and state law poses a dilemma for many employers: it is fine to promote a drug-free workplace, but employers should be cautious about implementing a zero-tolerance drug testing policy. Before implementing any drug testing policy or taking any action against a job applicant or employee who is found to have marijuana in their system, check your state laws. Familiarizing yourself with these laws can help you implement a plan while remaining compliant with labor laws and additional regulations.

To learn more about the labor and equal employment opportunity (EEO) laws that apply in your state, visit the Poster Compliance Center website.