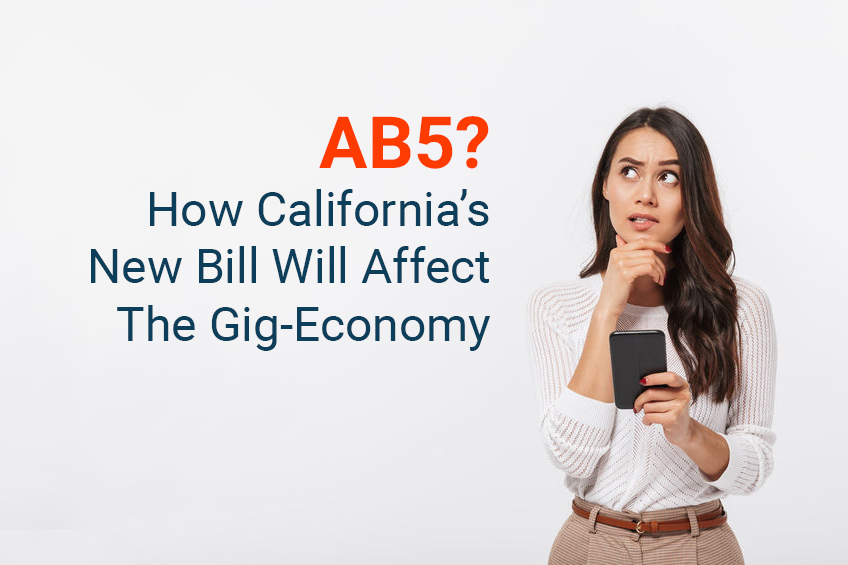 Businesses must make many careful and considered decisions in the wake of California Assembly Bill 5 (“AB 5”), the complex and expansive new law that could drastically disrupt the business landscape in California and throw into doubt the status of millions of its workers, particularly those in the “gig economy.” The new law requires a narrower interpretation of the employee/independent contractor classification test than the decades-old standard, and it potentially puts franchisers on the hook as a joint employer of a particular employee.

AB 5 codified and broadly expanded a 2018 California Supreme Court decision known as Dynamex, in which the court held that the “ABC Test” is the appropriate standard for determining whether, under state wage and hour law, a worker is an employee or an independent contractor.

Under the ABC test, the presumption is that a worker is an employee unless the hiring company can establish all three objectives:

Although there are several exemptions and exceptions from coverage, businesses should presume that AB 5 will be construed broadly in favor of employees and that they will bear the burden of proof where it is contended that the working relationship has been misclassified.

Although the consequences will vary on a fact-specific basis, AB 5’s significant change to the test for independent contractor status makes it far more likely that a California worker will be deemed an “employee” rather than an “independent contractor,” with all the attendant implications for minimum wage, overtime pay, meal and rest breaks, workers’ compensation, unemployment insurance, paid sick days, paid family leave, and employee benefits—as well as the lurking threat of individual and class action lawsuits and government agency investigations or claims.

The Implications of AB 5 for California Employers

For employers using independent contractors, the extensive changes of AB 5 will necessitate a thorough examination of their worker relationships, policies, procedures, and contracts. Among the myriad decisions they will need to make, businesses will also have to decide whether their business model and business footprint remain viable in California in light of AB 5. Extensive, expensive, and even existential changes may be required by this new law. While many companies will opt to put in the logistical work toward compliance, others like Uber, Lyft, and DoorDash will resist the changes, engaging in issue advocacy instead.

The express statutory language of AB 5 has been criticized for its ambiguity on two major issues: alleged worker misclassification and joint-employer status. The legislative history and gubernatorial statement suggest that AB 5 was not aimed at redefining joint-employer status but at reducing worker misclassification. California Governor Gavin Newsom wrote that this “landmark legislation . . . will help reduce worker misclassification—workers being wrongly classified as ‘independent contractors,’ rather than employees, which erodes basic worker protections like the minimum wage, paid sick days, and health insurance benefits.” Undoubtedly, there will be significant litigation over the next several years as companies attempt to navigate the new business contours of California’s AB 5.

At Poster Compliance Center, we’re committed to notifying you about the latest developments in labor laws from around the country. To learn more about the labor laws that apply to your business, please visit our Labor Law Updates page.